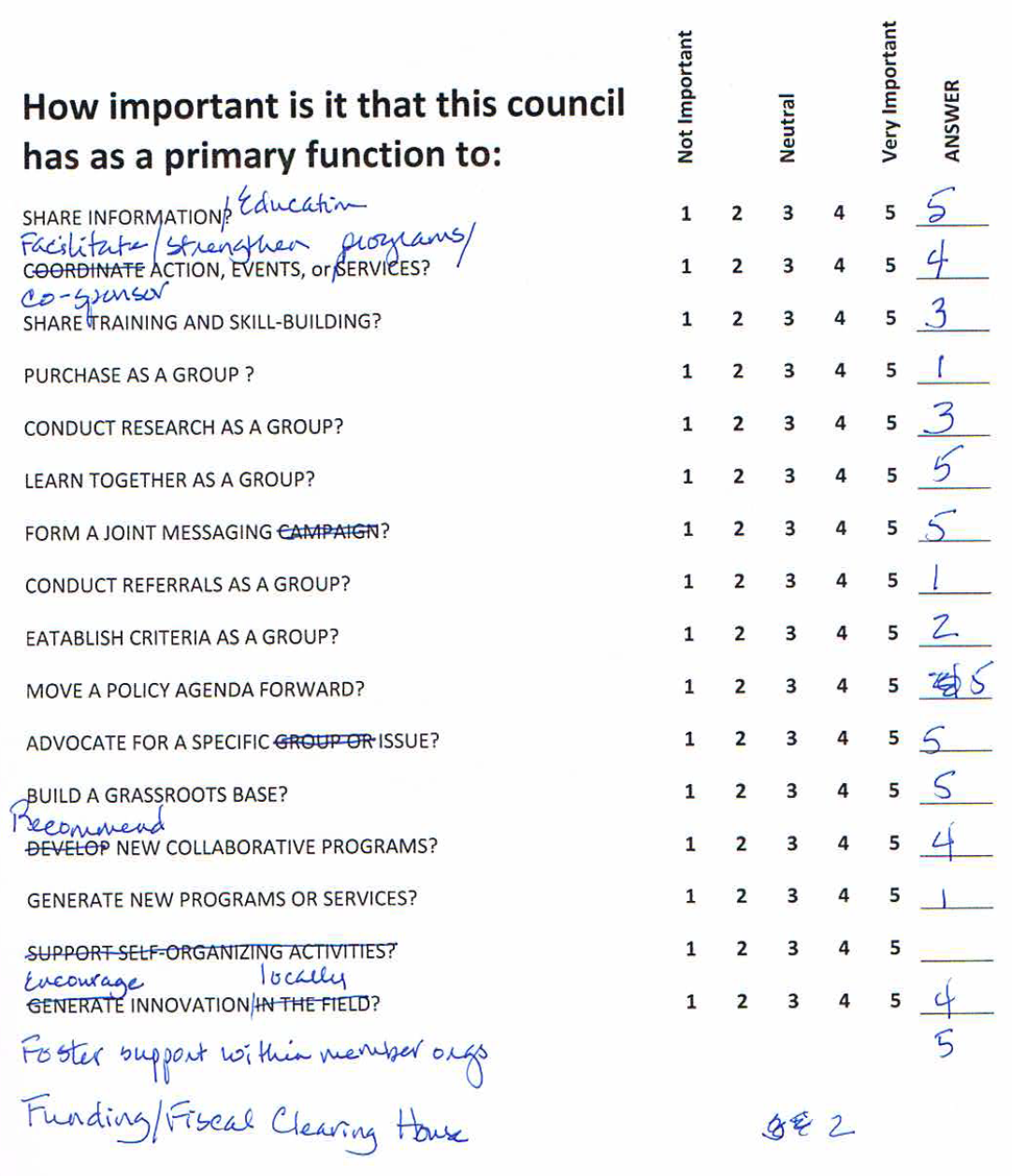 Participants should represent a cross-section of stakeholders.  Ideally, participants will have learned about food councils to have some idea of a typical functions.

NOTE.  The Function Assessment scoresheet can also serve as a way for people who miss the meeting to participate; it allows them to fill in their answers, but due to the nature of the exercise, this needs to be done IN ADVANCE of the meeting.